Mission projects often require volunteers to do all kinds of activities. During Stella Perrin’s recent trip to serve Ukrainian war refugees in Moldova, she did what she does best. She listened.

Perrin participated in typical mission-trip projects—caring for children, cleaning up after meals, attending worship and even landscaping. But she also ministered to the refugees by listening to their stories.

Perrin, an ordained Baptist minister, is a counselor at Caldwell Community College in Hudson, NC. She participated in an early-May trip organized by North Carolina Baptists on Mission in cooperation with the Moldovan Baptist Union. Welcome House Community Network, a Cooperative Baptist Fellowship of North Carolina ministry, partially sponsored her trip.

Moldova is located on Ukraine’s western border and has received thousands of refugees since Russia attacked their homeland. Many have passed through to destinations elsewhere in Europe and beyond, she noted. But others remain, either wanting to stay as near as possible to their homes or simply to process their trauma before making next-step decisions.

The NC Baptists on Mission group worked at a refugee camp near Moldova’s capital, Chisinau. “God being amazing, the Moldovan Baptist Union had been working on a camp, kind of like Ridgecrest,” she explained. “Eventually, it will be a place for youth camps and retirement homes and training conferences for ministers and laypeople. But God had already prepared a place for them to receive refugees. That was what was so beautiful.” 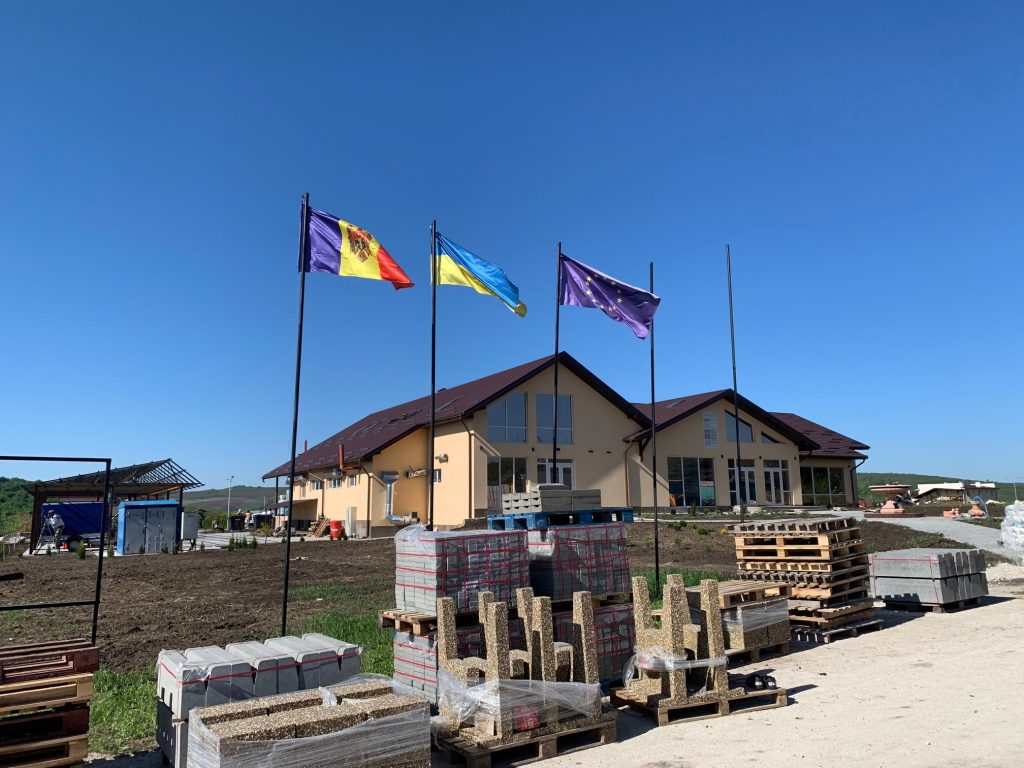 The camp served an average of 200 refugees that week, Perrin said. Mothers and children comprised most of the group becuase Ukraine requires males ages 18 to 60 to remain and fight the Russians. But some fathers of more than three children, men with illnesses and men older than 60 also stayed there.

A woman from Odessa, Ukraine, who owned a landscaping business put the volunteers to work improving the still-developing camp. “She realized she had to have a purpose, so she started landscaping this camp,” Perrin explained. “We worked with her. Some of the men built a gazebo that eventually will have a fire pit and picnic table.”

The refugees all had assigned jobs, “because everyone needs a purpose,” she said. “We joined alongside them in their work. We didn’t take over for them, but we helped clean tables, mop floors, do housekeeping.” 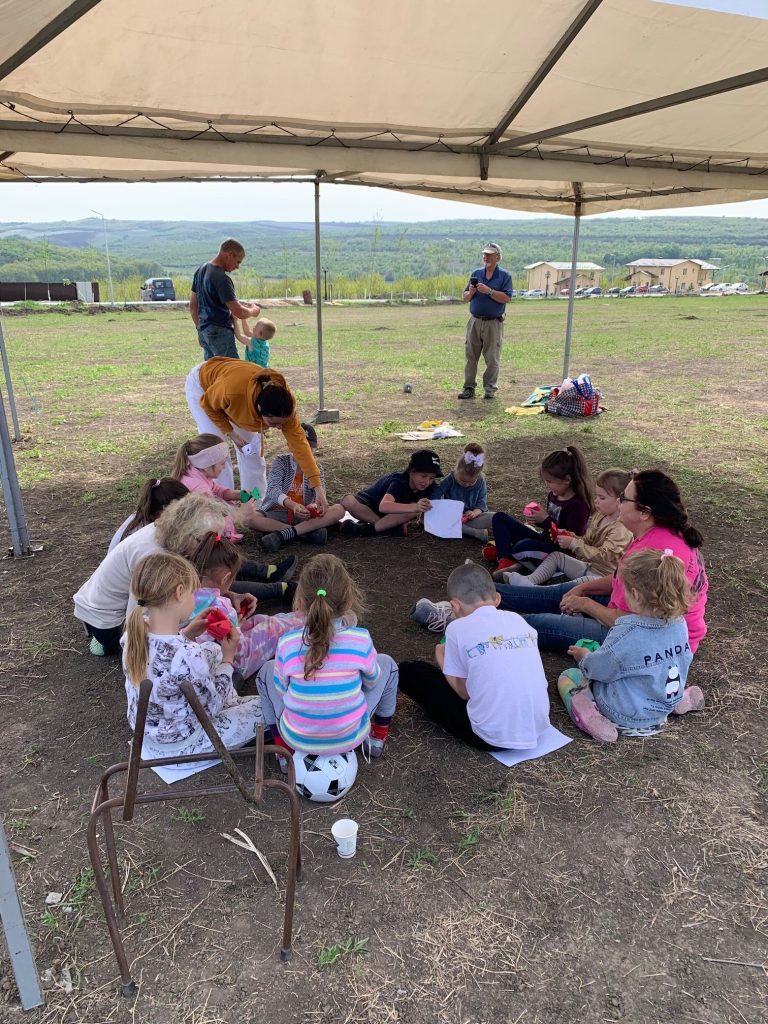 They also spent Saturday afternoon entertaining the children, she added.

“We made kites. We played soccer. We shared the story of Christ. But mostly, we just loved on them and sang songs,” she recalled. “Part of that was just to give the mamas a break. Most of them were there with young children but without a husband-father.”

Perrin felt compelled to help ease the refugees’ suffering the most effective way she knows how—using the listening skills she has developed as a minister and counselor.

“I believe we each have different gifts to use when we have an opportunity to serve,” she said. “I let (the camp managers) know if anyone wanted to share their story, I wanted to give them an opportunity to say it out loud.” On consecutive evenings, she sat with four families, letting them tell their stories.

For example, she listened to a mother in her 70s, who has breast cancer, and her daughter, who suffers from rheumatoid arthritis. They lived just north of Crimea, and Russian tanks rolled into their village almost as soon as the fighting started.

“They got out as soon as they could, taking any kind of transportation they could find,” Perrin said. “They spent every dollar they had.” They needed to travel to Spain for the mother’s cancer treatment, but they had no more money. The daughter could not bring herself to try to call her brother back in Ukraine, lamenting, “I’m afraid he won’t answer.”

Another night, she sat with a couple from Odessa who have a 6-year-old daughter. The husband has multiple sclerosis and needs medical attention, which he can’t get in Ukraine. The wife just wants to go home.

“She hasn’t accepted reality; many haven’t,” Perrin said. “But you could see on his face—he’s accepted reality that they’ve got to move on, and she wants to go back. It’s ripping them apart.

“When you face things that are hard, if you have an answer, you can live with it. But these are people with no answers. … I wanted to hear their stories because they need to know somebody hears them and loves them enough to ask to hear their story and ask, ‘How can I pray for you?’”

Perrin praised Moldovan Christians—poor people in a poor country who have opened their arms and hearts to Ukrainian refugees.

She pointed to Bethany Baptist Church in Chisinau, which is housing 120 refugees in its building. And churches are gathering and taking food to the border, day-by-day.

“I think I will process this for a long time—like (Jesus’ mother) Mary, who ‘pondered these things in her heart,’” Perrin said. “But it was lovely to see good, to see the light. The darker the darkness, the brighter the light. We saw that.”

By Marv Knox, contributing writer. He is the retired founder of Fellowship Southwest and a former longtime journalist. He lives in Durham, NC.

Care Boxes for Ukrainian Families
May 5, 2022