‘A good neighbor’: Church to provide classrooms for students displaced by storms

CBFNC church, Immanuel Baptist in Greenville has been providing neighborly hospitality in the form of classroom space to middle school students whose school was damaged by Hurricane Isaias.

(Read the story below that originally appeared in the September 11, 2020 edition of The Daily Reflector by Kim Grizzard, staff writer)

A Baptist church’s effort to “love thy neighbor” will give dozens of middle schoolers a chance to return to the classroom next week.

Beginning Tuesday, about 45 seventh-graders at C.M. Eppes Middle School will attend classes across the street from the school at Immanuel Baptist Church. The church is making half a dozen classrooms, along with some space  for staff, available rent-free to the school, which was damaged in a series of storms last month. 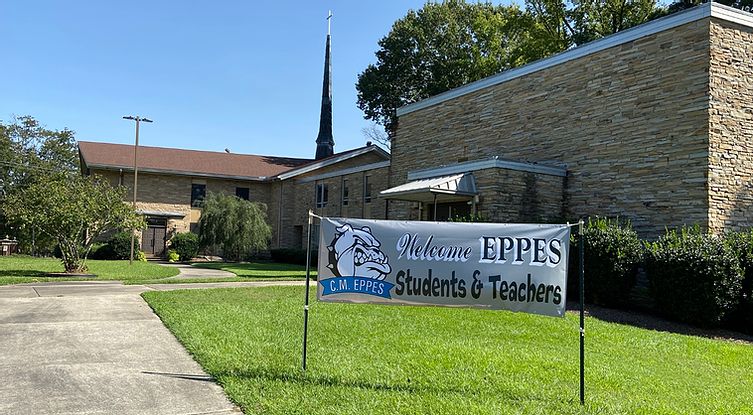 “We look at it just as an opportunity to be a good neighbor,” Senior Pastor Asher Panton said. “We were actually looking for ways to connect with Eppes because they’re our closest neighbors. “We haven’t had a lot of opportunities to be a good neighbor to them,” he said. “As soon as I mentioned it to the church, they were all on board.”

Principal Kim Harris said about 90 students, half attending classes each week, will benefit from the church’s benevolence.

“Parents have been very thankful that we are able to bring their students back on campus for some face-to-face instruction,” she said. “We appreciate their generosity in providing a physical space for our students to learn and grow during these unprecedented times.”

The school, at 1100 S. Elm St., received extensive roof damage from Hurricane Isaias and subsequent storms in August, prompting all seventh- and eighth-grade classes to be taught online since school began on Aug. 17.

Sixteen Eppes classrooms, along with the media center, were damaged when a thunderstorm ripped off a temporary roof installed to protect the two-story building damaged by Isaias. The combination of the two storms ruined ceiling tiles and carpeting and left the second and first floors with water damage.

Matt Johnson, assistant superintendent of operations for Pitt County Schools, said the $1.3 million in damages could keep some students off campus for most, if not all, of the school year. 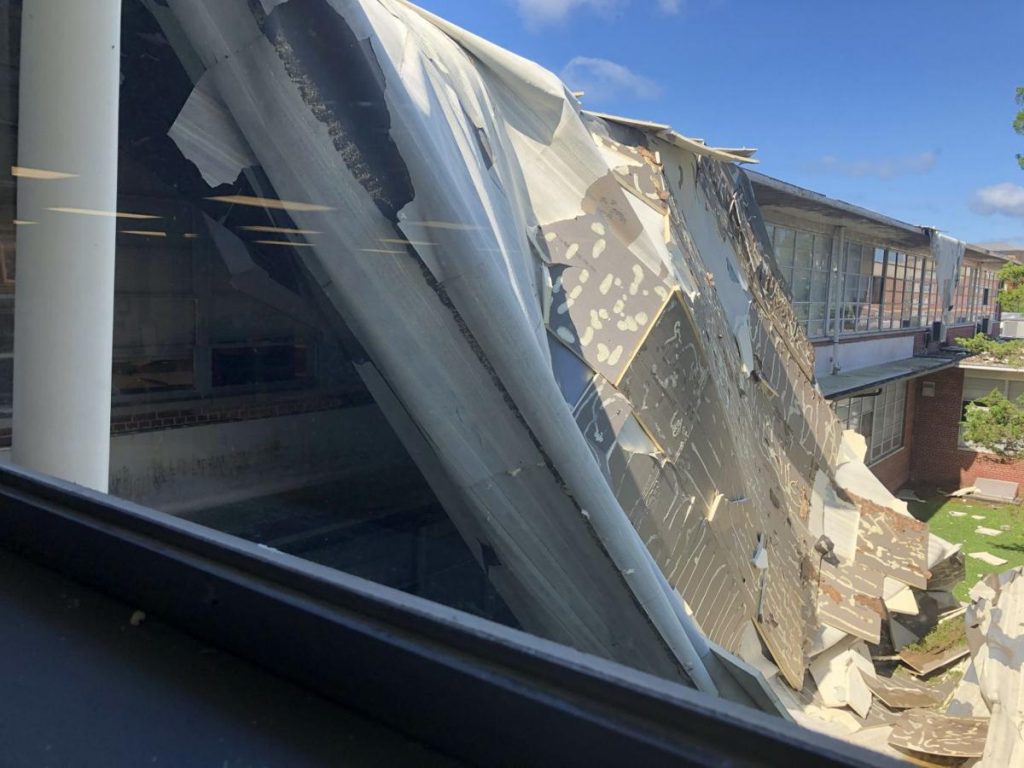 Eppes, like schools throughout the district, has both full-time virtual students and on-campus learners this year due to the coronavirus pandemic. But due to extensive damage to the 65-year-old building, there initially only was room on campus for sixth-grade learners whose families opted for face-to-face instruction.

“The ability to use the classroom space at Immanuel Church will allow us to bring back the students (in grades seven and eight) that requested face-to-face instruction at the beginning of the school year,” Johnson said.

Beginning Tuesday, eighth-graders from Eppes will join their sixth-grade peers on campus, while seventh graders will spend most of their day across the street at the church, returning to Eppes for some elective classes. Nine teachers and an administrator will work from the church, which has given the school use of the entire third floor.

Panton said the space, which formerly was used by Greenville Learning Center, is ideal for the school’s needs, with room for the distancing North Carolina’s public schools are required to maintain. In addition, due to the church’s proximity to the school, Panton said the school’s networking system, including internet and phone lines, can be accessed by students and employees working inside the church.

The third-floor classroom space has a separate entrance so there will be no contact between Pitt County Schools staff and students and church staff.

Members of Immanuel have not been in the building since March, when many churches across the state and nation closed their doors to help prevent the spread of COVID-19. For six months, the congregation of has watched worship services online.

While some area churches have gone begun allowing socially distanced worshippers in their sanctuaries on Sunday mornings, even small Bible study groups at Immanuel continue to meet virtually.

“We have an older demographic,” Panton explained of the estimated 100 people who attended regularly before the pandemic.

Immanuel plans to decide later this month whether or not to resume face-to-face meetings. Panton said the church is glad for students to be able to use its building, even while congregants remain at home.

“The purpose of the church is supposed to be an extension of Christ,” he said. “To be able to serve those in need is a big part of what it means to be a Christian.”

Immanuel does not count any Eppes students and families among its current membership. Children and Youth Director Holly Hilliker is married to Eppes social studies teach Brian Hilliker.

But Panton, who has served as pastor of Immanuel for three years, said long-term members have told him that the relationship between the church and the school is one that began decades ago.

The Eppes campus, formerly home to J.H. Rose High School, allowed Immanuel to host Sunday school classes in some school classrooms for a period of time, he said.

Johnson said the school district will be responsible for expenses associated with using the church building, such as custodial services, necessary repairs or maintenance or increased utilities costs.  “We are proud to be a part of a community that will step up and help the students achieve their academic goals no matter the cost,” he said.

Panton said the church did not enter the agreement expecting any kind of compensation but simply wanted to help meet a need for the school. Neighboring First Presbyterian Church and First Christian Church, located about 2 miles away on East 14th Street, also contacted the district about hosting Eppes students.

“I think a lot of times people think about the church as being just about themselves, about the importance of their building and all of that, but the true church is living beyond the walls of the church,” Panton said. “In the midst of this pandemic, we’ve had to come together as a community to help one another. This is our part in being able to do that. We certainly need each other right now.”