Seeking Hope and Peace at the Border

She just wanted to get to a Texas city where her husband and other child were waiting. The threats and violence in her home country were more than a single mom could handle. It took her weeks to make the journey, having to give birth to a baby along the way.

The stories are countless. Each one is full of tragedy AND hope. Each story represents trauma endured, along with the determination to experience peace.  Each one has a face that I can clearly see in my mind.  These are just some of the lives that your generosity has touched.  Thank you, CBF of North Carolina, for partnering with us – as we embrace, love, and care for those traveling to the border seeking hope and peace. 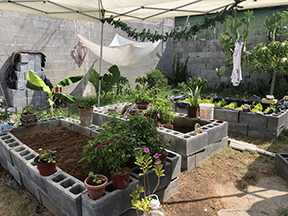 Important Business Updates for Churches
May 25, 2021
Go to Top
X