Sabbatical Reflections Part 1: What I Did

As I approached my 18th anniversary in the role of CBFNC executive coordinator, I found myself suffering from tremendous fatigue, brought about by cultural, congregational and organizational change. This change had been taking place at an increasingly rapid pace and culminated in the global pandemic that started in March 2020. As a result, this sabbatical was greatly needed.

My priorities for this sabbatical were rest, family, reflection and renewal with the desired outcomes of approaching my third decade of CBFNC ministry and my seventh decade of life with energy, enthusiasm and excellence.

This sabbatical experience was divided into three phases:

My sabbatical began when my wife Kim and I traveled to Mongolia to visit our daughter Lauren. Lauren had been serving there since August 2020 in her first overseas post as a Foreign Service Officer with the U.S. State Department. While Mongolia was not previously on our “bucket list” of places to visit, we had a wonderful time. It was great to see where Lauren had been living, to meet her friends and co-workers and to experience a small part of the world that no one else in our network of friends and acquaintances had ever visited.

One of my goals while in Mongolia was to learn more about religion in that country. The main religion is Buddhism. There is a small Christian presence, primarily the Catholic Church. There is also a small Muslim population, mostly in the western part of the country near Kazakhstan.

They continue to revere the greatest leader in their history, Genghis Khan. Though best known for being a brutal empire-builder, some scholars credit him with being the father of religious freedom or at least religious toleration. In his day, it was customary for rulers to force their subjects to convert to the ruler’s religion. Khan encouraged his conquered subjects to practice whatever faith they chose and his court included scholars of all the religions of the day, including Buddhism, Taoism, Confucianism, Christianity and Islam.

Mongolians today, overall, are pretty secular. Christian groups from outside the country are often suspect and sometimes have difficulty operating freely. The U.S. Embassy has made advocating on behalf of these groups an area of focus. 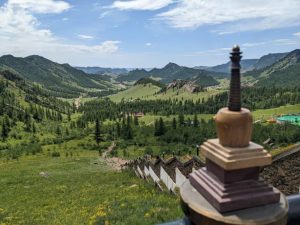 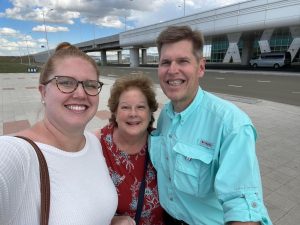 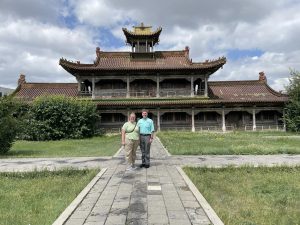 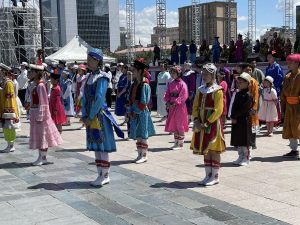 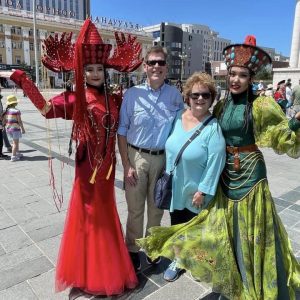 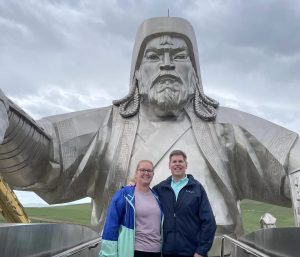 Phase 2 – Time at Home with a Limited Agenda 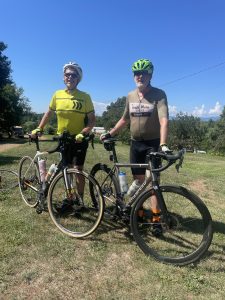 The second phase of my sabbatical consisted of being home with a flexible schedule. My goals were to rest, exercise, perform household chores, read, reflect and work on the CBFNC 30th Anniversary history.

The history project turned out to be quite fruitful. I read through 30 years of historical documents, mostly issues of The Gathering. I was reminded of the history I lived through, some of which I had forgotten. I also reached some new conclusions about the form the written history should take, as well as new ideas about the video and podcast, which we are producing in partnership with Good Faith Media.

One other highlight of this phase was my participation in the Cycle NC Mountain Ride in Madison County with Steve Bissette, my cycling partner. We camped beside the French Broad River and enjoyed three days of riding in the mountains with plenty of miles and lots of climbing.

Toward the end of this phase Lauren came home, having concluded her assignment in Mongolia. She would spend the next month with us before going to Washington, DC for two months of training, after which she will travel to her next post, Islamabad, Pakistan.

Lauren’s time at home afforded us the opportunity for family vacations at more traditional locales. We traveled first to Sunset Beach for five days, then returned home for five days before hitting the road to Orlando, Florida by way of Hilton Head, South Carolina. Kim’s brother lives in Orlando. My sister has a home at Hilton Head. We enjoyed visits with both of them. Upon our return from Florida, the sabbatical was over and I returned to the CBFNC office on September 7. 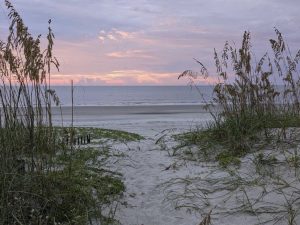 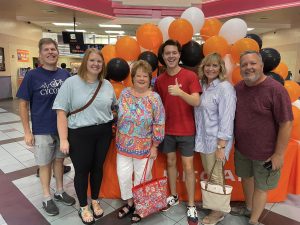 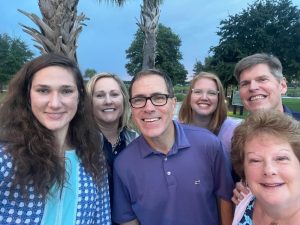 Read Part 2: What I Learned

Read Part 3: What I Recommend